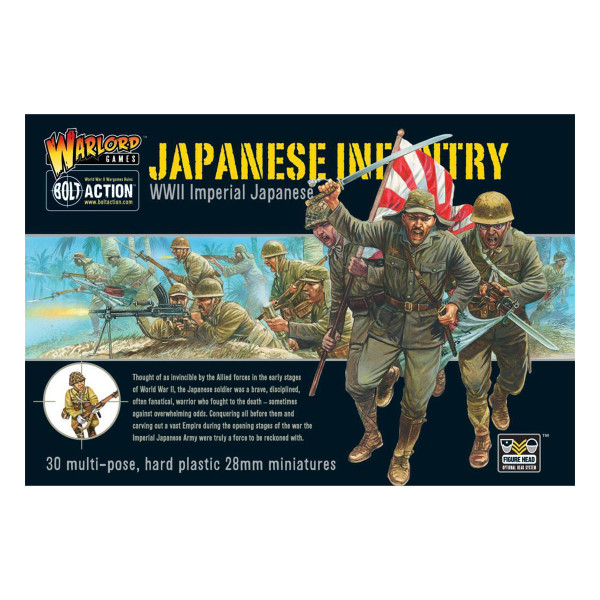 Thought of as invincible by the Allied forces in the early stages of World War II, the Japanese soldier was a brave, disciplined, often fanatical, warrior who fought to the death sometimes against overwhelming odds. Conquering all before them and carving out a vast Empire during the opening stages of the war the Imperial Japanese Army were truly a force to be reckoned with. This box set contains enough parts to make 30 plastic Japanese infantry armed with: Arisaka rifles, Light 'knee' mortars, Hand grenades, Type 99 Light machine guns with bayonet, Type 14 Nambu pistols, a flag with pole, NCO's Shin Gunto sword, Anti-tank lunge mine, Arisaka rifles with bayonet, Type 100 sub-machine guns, plus lots of accessories including a bugle and full-colour devotional banner and flag sheet!

We are an authorized retailer of Bolt Action products and purchase them directly from Warlord Games.

LI Toy & Game is a small family-run business on long island, with a physical retail store & strong online presence. We have an excellent reputation because we sell good stuff, describe it accurately, and take care of our customers! We are closed on Mondays, ship Tuesday - Saturday, and offer local pickup at our store in Kings Park.